In which I briefly dream of Nevada:
a short essay on mountains, anti-indigeneity, and settler colonialism 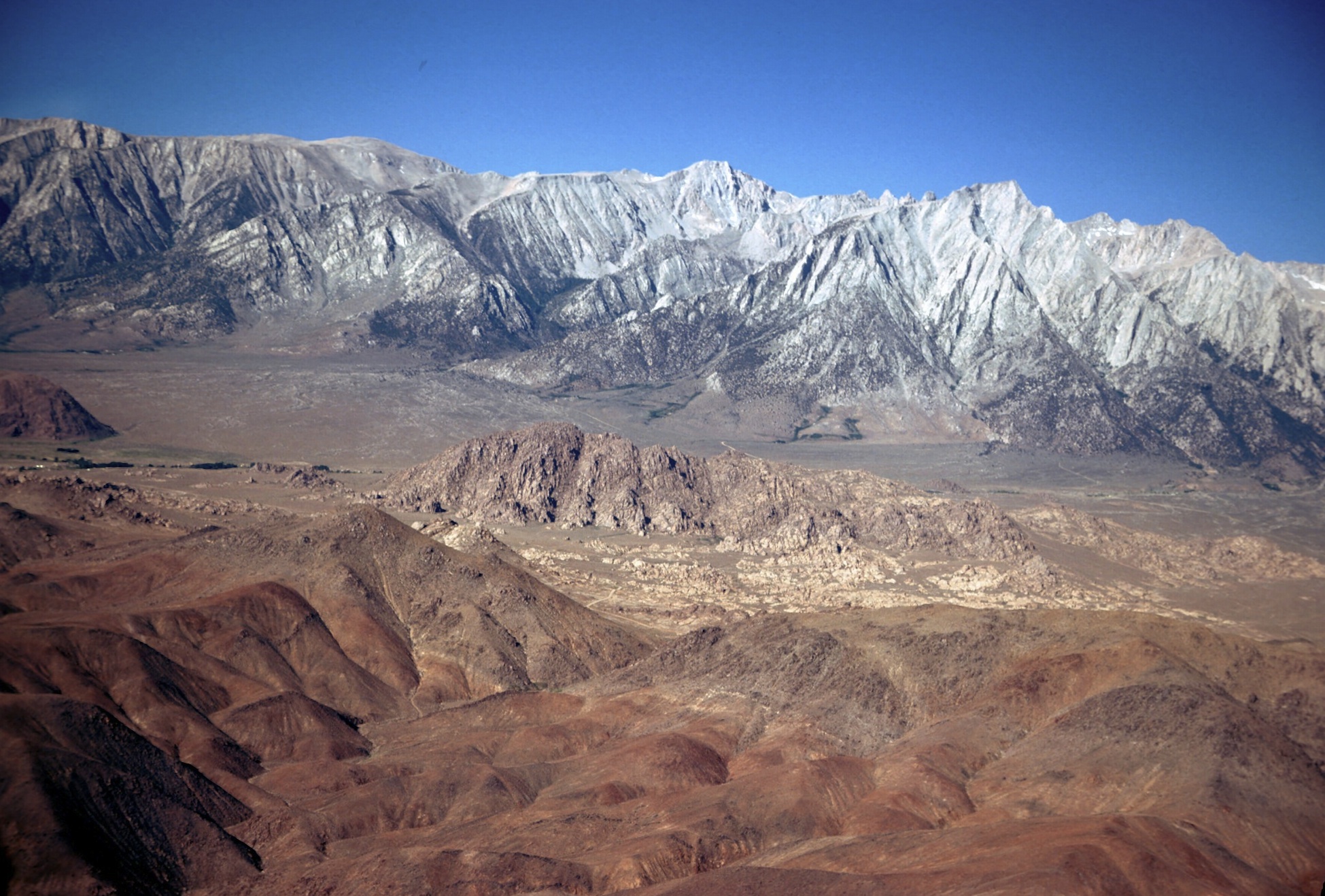 In 2017, NASA confirmed that the Sierra Mountains rose one inch due to a six-year California drought, a transmutation due to a loss of over eleven million gallons of water. Between 2011 and 2015, the California sky did not rain down ten Lake Orovilles’ worth of water. The drained mountain range grew, no longer weighed down by water storage. Was this the stiffening ache of want? Perhaps the concept of inflammation can be understood as a response to lack. Like, I did this, I drank too much, my knees scream, I hold my breath, I lay in bed, I lack what is smooth. And with the mountains - we did this, it’s likely murder that’s occurring when the land gasps and the rocks strain, when we dehydrate the Earth it will swallow us.

The rain and snow did gradually return to California and when it did, the mountains began to relax and slowly shrink, the weight of water pulling them down.

The spectacular fright of this concise, fleeting mountain ambulation disturbed scientists; it clarified the land’s capacity to respond to us. But did it disturb them enough? And did it disturb others enough (no)? Perhaps a more effectual question is, why didn't it inspire them enough? I remain unconvinced that feeling disturbed by natural phenomenons actually interrupts the settler paradigm (one reductive shorthand could draw this paradigm up as a diagram where land is one thing and settler humans are another). We remain disturbed or moderately fascinated by drought, storm, weather, but cannot seem to interrupt our clinging to domain and ruling-class interests enough to transform our reactions into actionable change.

We, the human race and Earth, are, obviously, both sublunar, as in, subject to the moon and its orbit. Somehow that’s not enough similarity for colonizers to relate to land as one may a companion, instead of possession. “Property” is poison. Settlers are uncomfortable with that beautiful and humbling and connective fact, that we are cosmologically and symbiotically linked to the Earth. It is intolerable for us to imagine kinship. So we’ve felt the need to rearrange our placement via domination. It’s horrible. Settlers cannot bear Indigenous wisdom. We cannot bear fear and all it requires of us. We cannot bear awe, we do not even know the true height of awe - it would require us to stop naming ourselves as separate, bigger, more powerful, lean into mysticism, and just be.

Heating Arctic may be to blame for snowstorms in Texas, scientists argue